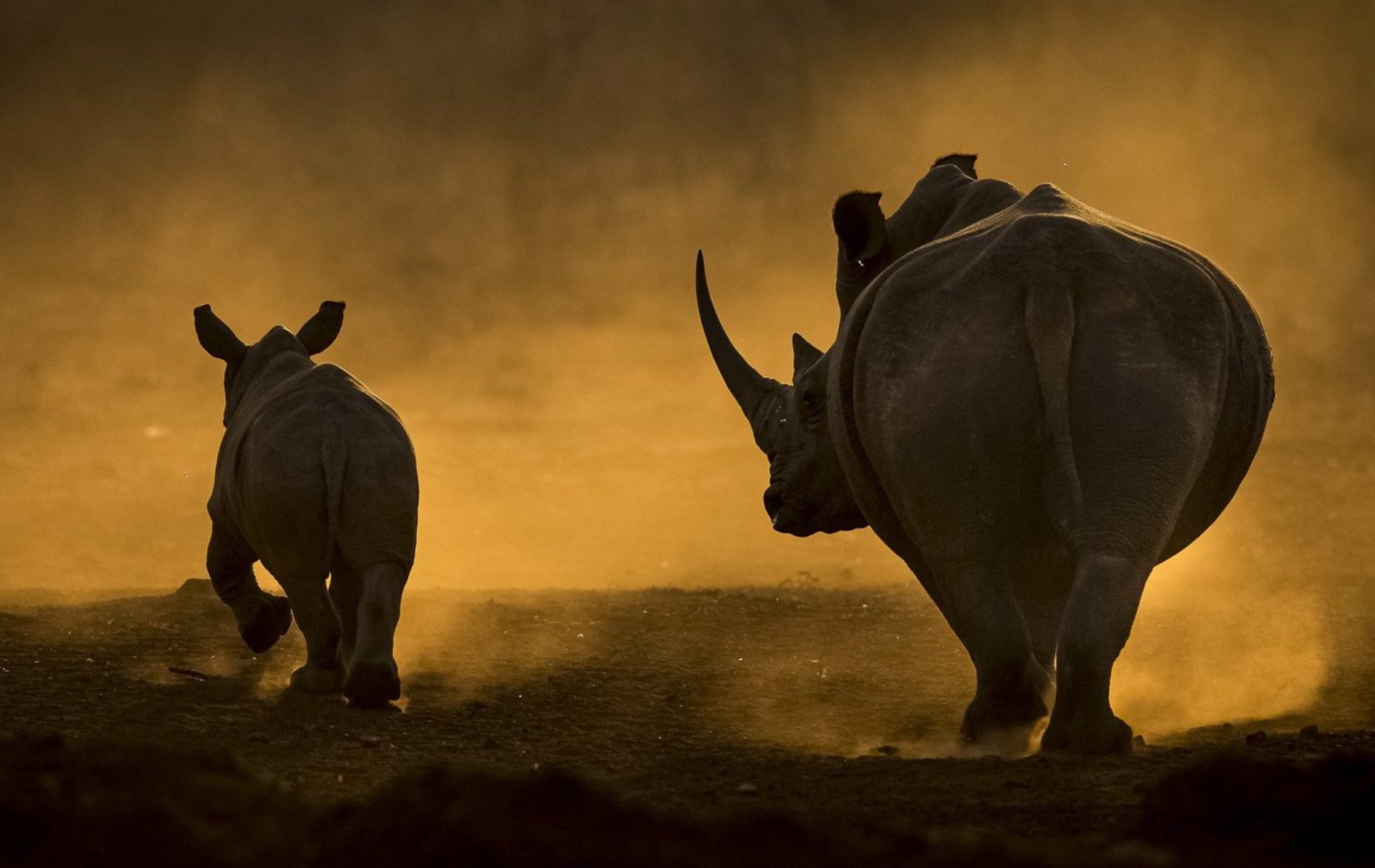 It is with great excitement that I learnt of my runner up in the Animals in Nature Category in this years Fuji Getaway 2011 Wildlife Photographic Awards.

It is the second year in a row that I have managed to win an award in this prestigious competition along with some of Southern Africa’s top wildlife and landscape photographers .I must congratulate all of them on there achievements and also the Fuji / Getaway Awards for this event . The image chosen was titled “Hidden Danger”. I have also compiled a short insight into this image and how it was captured .

In May/June of this year  a dream road trip became a reality and  I journeyed through Namibia exploring and experiencing it’s true beauty. Part of my stay was 6 days in the south west of the Etosha National Park . If you listen to all the experts they will tell you that its not the greatest time to go there and one must concentrate on the driest months to ensure that the game are all congregated around the waterholes and the predators are plentiful around this. I could not do this so I planned to be a little more creative and covered a large area during each day to find and enjoy the unique wildlife of Etosha .

This image was taken at about 4pm one afternoon after I had heard from excited tourists that there were 7 Lions lying out in the open earlier that day. I had seen all the tracks of vehicles in the dirt and assumed we where in the correct spot but could not see a single lion………………..After an hour or so I had driven slowly up and down the 2 km strip of track without spotting a thing. So much for being in the open 🙂 . I spotted an Overland vehicle stop suddenly in the distance and decided to go and investigate .I could not see anything and upon questioning the driver he confirmed that there were lions a mere 60 m off the road lying sleeping…………..Well they looked like they were in the open from the 1st floor of the truck:) I positioned the vehicle and set up my lens in the general direction the lions were in and sat and waited…………..

After sevral sweaty and uncomfortable hours , I noticed a set of paws and a tail moving in the air and saw the first glimpse of these predators. I re-adjusted my position and focused through the view finder again………nothing. I must be honest I had thought and re thought of various compositions I would attempt if and when these lazy beasts decided to arise from their siesta . I really enjoy a shallow DOF with wildlife images and set the aperture to F4 in anticipation. Finally a female lion slowly lifted her head to gaze over the open Etosha savannah in search of her next meal and I seized this opportunity to focus on her head as it cleared the long grass, took a deep breath and I tripped the shutter . She kept her head up for less than a minute but as I had considered my options I managed to get various compositions before she disappeared below the grass line……………My heart was pounding and emotions were on a high as I reviewed my images on the LCD of my trusted Canon 5 D MK 2…………..!

I eventually managed to breathe again and hoped that the other members of the pride would show themselves while we were still only 2 vehicles at the sighting but this was not to be……A short while later there were 3 more ‘rent-a-racers” at the sighting and this commotion of the desert racers did not seem to bother the pride much, UNTIL as you will see below the ‘photographers’ in the frame below started clapping hands and shouting at the lions to get them to ‘wake up’. To my shock and horror, the vehicle some 15 meters behind us had the driver ‘alight from his vehicle to try and get a better shot….I could not get a clear shot but managed to get a name and shame image as he then sped by after not being eaten .  After nearly 3 hours of bliss I could feel the vein on the side of my temple pounding as then the visitors in front of me then decided to get out of the windows and lean over the roof to get a great natural shot of these predators……….”EPIC FAIL”

After several hours of waiting , its funny how a handful of ignorant individuals can ruin a beautiful natural setting… I did mange a few frames of 3 other members of the pride but they were extremely agitated and kept very low in the grass. It did not have as much impact as the original few frames so I decided to extricate myself from the now crowded sighting and head back to camp for a deserved cold one!

Thanks for reading this and  remember to find the light and capture it , one frame at a time